(CNN)The Senate confirmed Linda Thomas-Greenfield to be the next US Ambassador to the United Nations Tuesday.

The vote was 78-20 and her confirmation comes less than a week before the United States’ presidency at the UN Security Council for the month of March. Following her swearing-in, she will travel to New York and is expected to present her credentials to UN Secretary General António Guterres Thursday.
Thomas-Greenfield, a respected career ambassador who was jettisoned under the Trump administration, was one of President Joe Biden’s first picks for his national security team. At the time of her nomination, then President-elect Biden announced that he was returning the UN post to a Cabinet-level position. 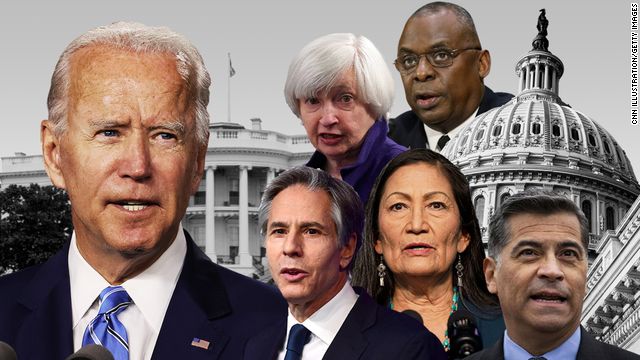 Secretary of State Antony Blinken congratulated Thomas-Greenfield in a statement Tuesday afternoon, noting that her confirmation “reinforces President Biden’s commitment to restore and expand American leadership on the global stage.”
“Ambassador Thomas-Greenfield is a seasoned diplomat, deeply committed to American values, and the right choice to rebuild our nation’s standing at the UN and in other multilateral venues,” he said.
In its first month, the Biden administration has taken a number of steps to restore both US participation in the multilateral body, including rejoining the Paris Climate Accord, moving to rejoin the UN Human Rights Council and stopping the US withdrawal from the World Health Organization.
During her confirmation hearing last month, Thomas-Greenfield pledged to hold China to account in the international body and spoke of the need for the United States to be a presence there.
“When America shows up — when we are consistent and persistent — when we exert our influence in accordance with our values — the United Nations can be an indispensable institution for advancing peace, security, and our collective well-being,” she told the Senate Foreign Relations Committee.
“If instead we walk away from the table, and allow others to fill the void, the global community suffers — and so do American interests,” she said. “In particular: We know China is working across the UN system to drive an authoritarian agenda that stands in opposition to the founding values of the institution — American values. Their success depends on our continued withdrawal. That will not happen on my watch.”
Her experiences at posts in Africa, including as ambassador to Liberia, and her time as the top US diplomat in the Bureau of African Affairs are likely to be a boon to her as she takes on the UNSC presidency, as a high percentage of Security Council affairs deal with the continent.
She will come into the post as the US looks to restart diplomacy with Iran, confront ongoing Houthi aggression while ending US support for the offensive in Yemen, and is undertaking a series of policy reviews from Afghanistan to Russia to North Korea.
Although she will likely be on the same page with her European Security Council partners, she is expected to face challenges on a number of fronts from China and Russia. 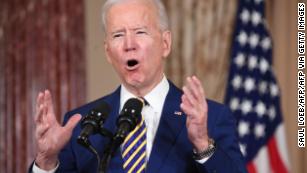 Lawmakers call Biden’s Yemen policy a ‘historic shift’ in US foreign relations
Nonetheless, UN diplomats are highly enthusiastic about her arrival, particularly after four years of the Trump administration lambasting and neglecting the organization. Current and former US diplomats praised Thomas-Greenfield as an ideal candidate to restore the standing of the US and rebuild credibility at the venerable multilateral institution.
UN spokesman Stephane Dujarric said the secretary general “very much looks forward” to working with Thomas-Greenfield on issues such as climate change, Covid-19 and many other issues on a shared agenda. Dujarric said Guterres knows Thomas-Greenfield well from past work on refugee issues.
“She’s an inspired appointment,” said Ireland’s UN Ambassador Geraldine Byrne Nason, who said she looked forward to working with Thomas-Greenfield.
“Linda Thomas Greenfield is exactly the right person for this job at this time,” said Elizabeth Cousens, the president and CEO of the UN Foundation. “She has decades of experience on the frontlines of American foreign policy. She has worked in a wide variety of international settings. She is exceptionally well regarded among all the diplomats with whom she’s served.”
“She will be embraced by the diplomatic community, not just in New York but globally, because there has been such a cost to the vacuum in US leadership at the UN and that has brought with it a recognition from countries around the world that the United Nations, multilateral cooperation, is so much stronger when the United States is an active player working with partners to solve common challenges,” Cousens told CNN prior to Thomas-Greenfield’s confirmation. “And so she’ll come in with I think a real appetite for others to see the United States back at the table, and that’s very much what she’ll be able to do.”
Thomas-Greenfield, who grew up in the segregated Deep South, is the first Black woman to be confirmed to a Cabinet-level post in the Biden administration. At the time of her nomination, several people told CNN that Biden’s choice of a Black woman for UN ambassador sent an important message, particularly at a department known for being “pale, male and Yale.”
“Just having a Black woman heading the transition and likely heading the US mission in New York is a big deal,” one senior diplomat told CNN at the time. “And to have it be a Black woman who was fired by Trump, that’s even more of a statement.”
Source: CNN