Years after retiring from the game, former Nigeria international Nwankwo Kanu has been named in the list of top 50 legends around the world.

The International Federation of Football History and Statistics (IFFHS) listed the former Ajax Amsterdam star in a 50 man group that has some illustrious football legends with Kanu, the only Nigerian on the list.

Amazingly the list did not feature the likes of Cubilas from Peru, Lato and Deyna from Poland, Luis Suarez from Spain, Leonidas from Brazil , Hidekuti from Hungary’s legendary 1954 team and Fritz Walters, Germany’s 1954 Captain. Eye raising exclusions also included Bobby Moore and Uwe Seeler who played in 4 World Cups.

Notable legends on the list did include Edson Arantes do Nascimento (Pele) and Diego Armando Maradona, two players, who are considered as the best ever seen. 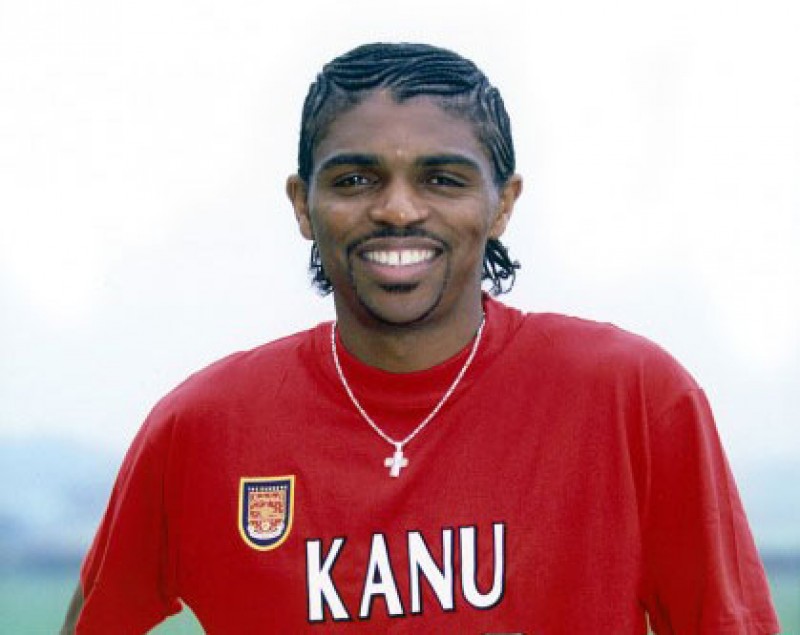 Kanu’s <[above] inclusion will come as no surprise as the former Super Eagles captain has earned his stripes over 17 years of professional football which saw him win the Uefa Champions League, the Olympic Games gold medal in football, the English Premier League title, the FA Cup among others.

The tall lanky player came into national recognition he turned out for the Golden Eaglets in a Fifa U17 World Championship qualifier against Algeria in Kaduna.

Kanu was a class act on a hot day in Kaduna as Nigeria ran out 4-1 winners. His languid figure did little to justify his immense technical skills and positional sense.

He, alongside Wilson Oruma, will later help Nigeria win the world U17 title a year later in Japan defeating Ghana 1-0 in the final.

His performance in that tournament didn’t go unnoticed.

Ajax Amsterdam were building a youthful side and Louis Van Gaal threw Kanu into the deep end with the likes of Patrick Kluivert, Clarence Seedorf, Michael Reiziger and Edgar Davids.

Two years later, Ajax won the Uefa Champions Cup defeating AC Milan in the final. That was the beginning of a journey that saw him play for Inter Milan, Arsenal and Portsmouth with whom he won lots of laurels.

Kanu, now 40, almost stopped playing the game when he was diagnosed with a heart condition in 1996 but resumed playing football in 1997 after a successful operation to replace an aortic valve.

One of Nigeria’s most decorated footballers, Kanu inspired a generation even outside football as his Kanu Heart Foundation, which he started after his own experience, helped children who could not afford to pay for heart surgeries do so and live a normal life.

He is also a United Nations Children’s Education Fund Goodwill ambassador and is also involved in a lot of charities aside his personal business interests.

Top Trending News What we need to know about COP