Olaf Scholz is on his first trip to Africa as chancellor. In Senegal, Niger and South Africa, he will have to address the EU’s military presence in Africa, as well as promote investment and cooperation on the continent. 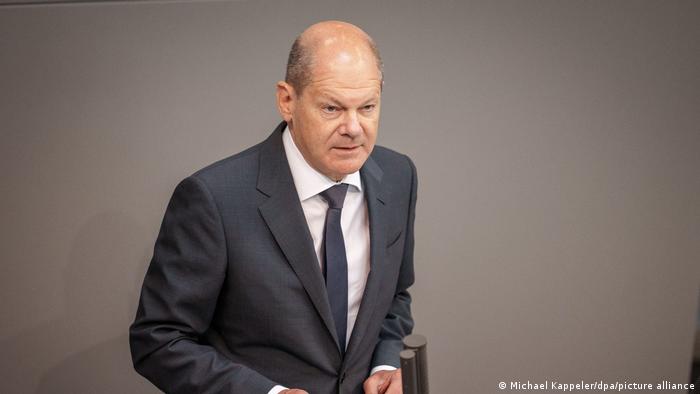 German Chancellor Olaf Scholz’s inaugural visit to Africa is designed to convey a bit of continuity in turbulent times. In February, Russia’s invasion of Ukraine forced German President Frank-Walter Steinmeier to cut short his trip to Senegal, and Scholz’s May 22-25 visit is meant to pick up that thread. At the same time, Russia remains a topic in the background of all of Germany’s foreign policy missions at the moment.

Scholz’s trip begins in Senegal, then goes to Niger and South Africa. The chancellor, who has been in office for almost six months now, will make his first stops in two countries that are often seen as making  important contributions toward stability in West Africa.

Senegal currently holds the presidency of the African Union and is a new G7 partner country. And Niger, which is a military partner and a transit country for migrants en route to Europe, is also a key state for EU policy in Africa.

Both Senegal and Niger border Mali, which saw a military coup in May 2021 and whose decisions since then have seen tensions arise between itself and its African neighbors and EU partners.

Under France’s EU presidency, which runs through June 30, the European Union had been working with Mali’s government against insurgents in the Sahel. But tensions between France and Assimi Goita, who has led Mali since the May 2021 coup, led to the withdrawal of all French forces from the country early this year. The European Union has since suspended its training mission in Mali.

Neighboring Niger, which already hosts soldiers from a number of Western nations — including some of the French troops who were previously in Mali — has the potential to be a new base for these kinds of missions. Niger’s government has sent positive signals so far.

Although security conditions for EU forces in Mali remain uncertain following France’s withdrawal, the Bundestag recently approved keeping German soldiers there for another year as part of the UN mission to the country.

“Germany, especially in that region of Africa, does not carry with it the same kind of baggage that France carries,” Priyal Singh, a researcher at the South African think tank the Institute for Security Studies (ISS), told DW.

France, a former colonial power in West Africa, has often been criticized for its self-serving agenda. “So, potentially, African peace and security stakeholders in that region may be more open to engage with Germany as a more neutral partner,” Singh said. German soldiers are training special forces in Tillia, in Niger

When it comes to the ongoing presence of foreign troops in Niger, the general public is a more cautious. Olaf Bernau, a sociologist and steering committee member of Fokus Sahel, a German network for civil society groups within the region, told DW that many Nigeriens worry that the presence of international troops will bring the conflict with extremists to the country.

Since 2018, Germany has itself been training Niger’s special forces as part of “Operation Gazelle,” which is slated to end at the end of 2022.

The operation has been celebrated by Germany’s Defense Ministry as an example of successful international cooperation. During her visit to Bundeswehr troops in Niger in April, Defense Minister Christine Lambrecht described it as a “showcase project.”

Such high praise has fueled speculation that Niger could become the next base for a successor to the European Union Training Mission Mali.

Niger’s special forces have been trained by the German military

Military cooperation on its own won’t provide a solution to the Sahel’s security problems. “On-the-ground peace-building interventions and initiatives that could be spearheaded by Germany would be the logical next step,” the ISS’s Singh said. Singh added that such efforts could help Germany “build confidence.”

Volker Treier, the head of foreign trade at the Association of German Chambers of Industry and Commerce, told DW that Scholz’s first visit to Africa is happening at just the right time. Russia’s invasion of Ukraine and the ongoing COVID-19 lockdowns in China have highlighted how Germany is too dependent on some countries, Treier said, especially for energy needs.

“We need to find ways to trade with many countries in many different ways and to conclude agreements on energy and also on security policy,” Treier said. 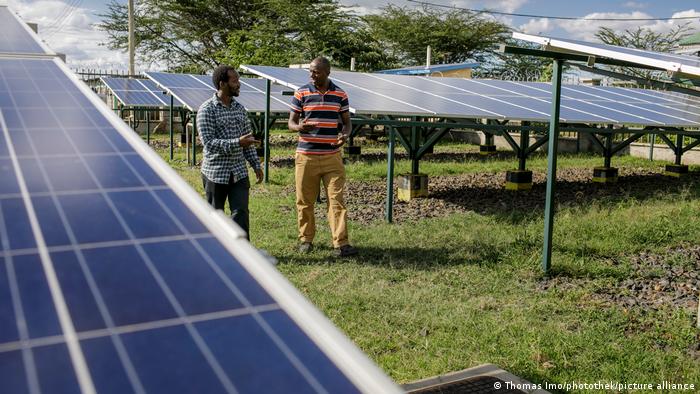 Africa has huge potential for generating solar energy, as at this project in Kenya

Africa has a lot to offer Germany when it comes to diversifying energy sources — and not just in terms of fossil fuels such as liquid natural gas. Senegal has recently invested a lot into solar energy and could be a pioneer in this area.

Energy will also play a big role in the last stop on Scholz’s tour. Singh said South Africa was heavily dependent on coal imports and would need to diversify its power sources and move toward more environmentally friendly fuels. Since 2008, the country has had problems keeping up with energy demand.

“There is incredible scope for South Africa and countries like Germany to partner and work with each other … to seek investment, expertise, knowledge, technical know-how,” Singh said.

Another recent development in Africa will also be important for future cooperation, Treier said. The African Continental Free Trade Area agreement came into force at the beginning of 2021.

Treier said the agreement was similar to the European Single Market and had great potential. It would provide a better basis for German companies to invest in Africa and to create jobs, he said. It would also allow African-made products to play a greater role in international supply chains and move the continent away from simply providing raw materials.

This article was originally written in German.